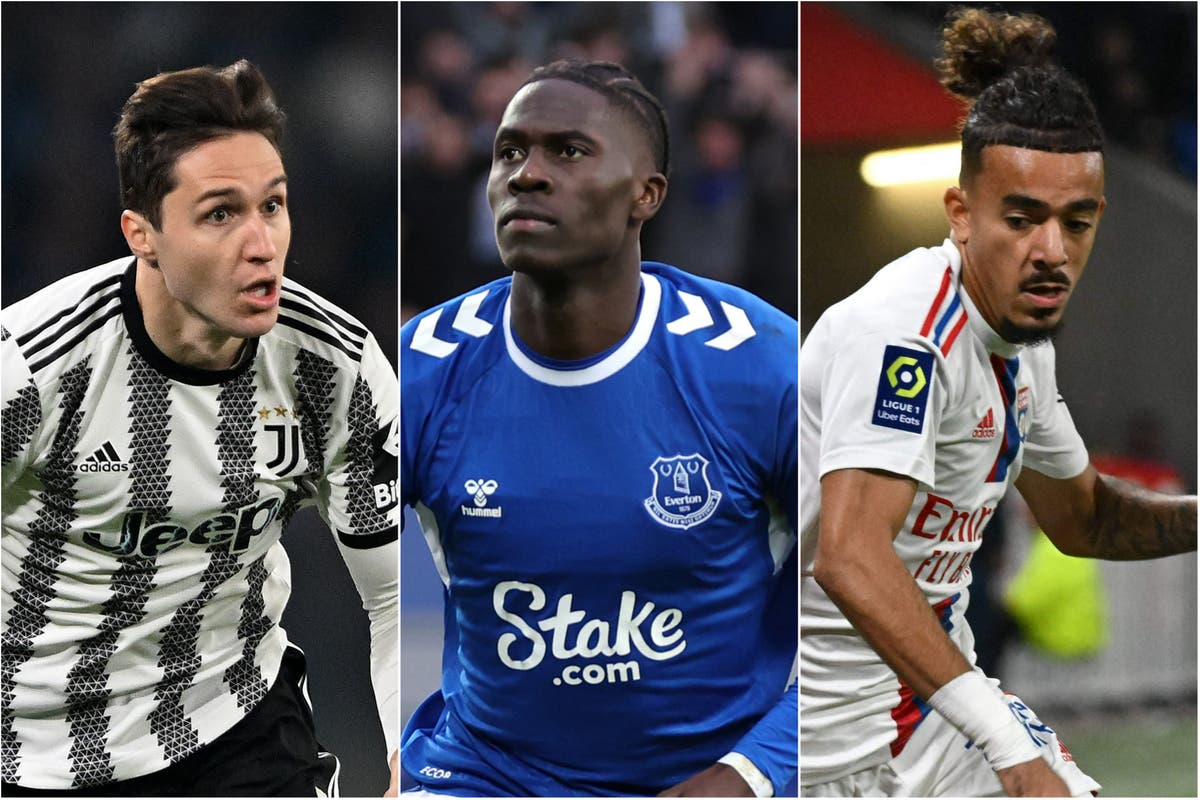 Arsenal, Chelsea and Tottenham are in the mix to cap their busy January transfer windows with some big deals before deadline day. The Gunners have already snapped up Leandro Trossard and Jakub Kiwior but are now moving onto Federico Chiesa and Ivan Fresneda to bolster their flanks with Declan Rice, Amadou Onana and Moises Caicedo targets in midfield.

The Brighton midfielder has already been the subject of a £55m offer from Chelsea, who have again failed in a fresh push to sign Argentina star Enzo Fernandez amid reports of an £87m offer from Stamford Bridge. The Blues are also ready to launch another bid for Anthony Gordon.

Over at Tottenham, Arnaut Danjuma has now joined on loan after hijacking Everton’s agreed deal and a fresh round of talks over the potential signing of top target Pedro Porro are planned for this week amid interest from Chelsea, while links with Nicolo Zaniolo continue to bubble along . Follow all of the latest transfer news, gossip and rumors below!

Chelsea and Liverpool to duel for Wolves star

Matheus Nunes will be on Chelsea and Liverpool’s summer shortlist.

That is according to the Telegraph, who claim only a £44m fee will be required to sign the Wolves midfielder after he cost £38m in the summer.

Ivan Fresneda missed training today for Valladolid due to an injury issue.

Arsenal and Borussia Dortmund continue to tussle over the right-back, 18, with talks continuing about his future.

However, his club has claimed NO transfer offers have landed at their desk.

Barcelona will compete with Chelsea for Enzo Fernandez.

Tottenham will loan out Djed Spence if they can seal a deal for Pedro Porro.

The north London club are today in talks to try and sign Porro in a deal worth around £32m.

Should they be successful, the Mail claim young defender Spence will head out on loan to earn first-team experience in the Premier League.

Brentford, Leicester, Southampton and Lyon (who are negotiating with Chelsea over Malo Gusto) are all reportedly keen.

A former Chelsea player could help the Blues get their deal for Malo Gusto over the line.

The Lyon defender is keen on a move to Stamford Bridge with personal terms already agreed as the clubs thrash out a transfer fee.

Chelsea want to sign Gusto now but Lyon would prefer a summer sale for £35m.

There was much excitement among Arsenal fans yesterday when Amadou Onana missed Everton training.

Standard Sport understands the Gunners are keen on the Belgian as an alternative midfield target to Declan Rice and Moises Caicedo.

However, far from pushing for a move away from relegation-threatened Everton this month, he was in fact attending a wedding in a pre-agreed absence.

Federico Chiesa has emerged as Arsenal’s top target to take their attack to the next level.

Italian outlet CalcioMercato say the Juventus winger is high on the Gunners’ agenda even though they have already signed Leandro Trossard this month.

Real Madrid are also monitoring Chiesa and Liverpool have previously been linked.

Chelsea are eager to sign Enzo Fernandez this month, although they have run into problems with Benfica.

Indeed, the Lisbon giants have often stressed that the Argentina star is simply going nowhere unless his £106m release clause is paid in full.

To no one’s surprise, that message has not changed.

A first look at Arnaut Danjuma at Tottenham

Arsenal manager Mikel Arteta would like to add a midfielder to his squad before the January transfer window closes next week.

There are “concerns” around the fitness of midfielder Mohamed Elneny, who has been out since the middle of this month with a knee injury.

Arteta has not confirmed when Elneny could be back playing as he is still being assessed, but he is out of Friday’s FA Cup fourth round tie at Manchester City.