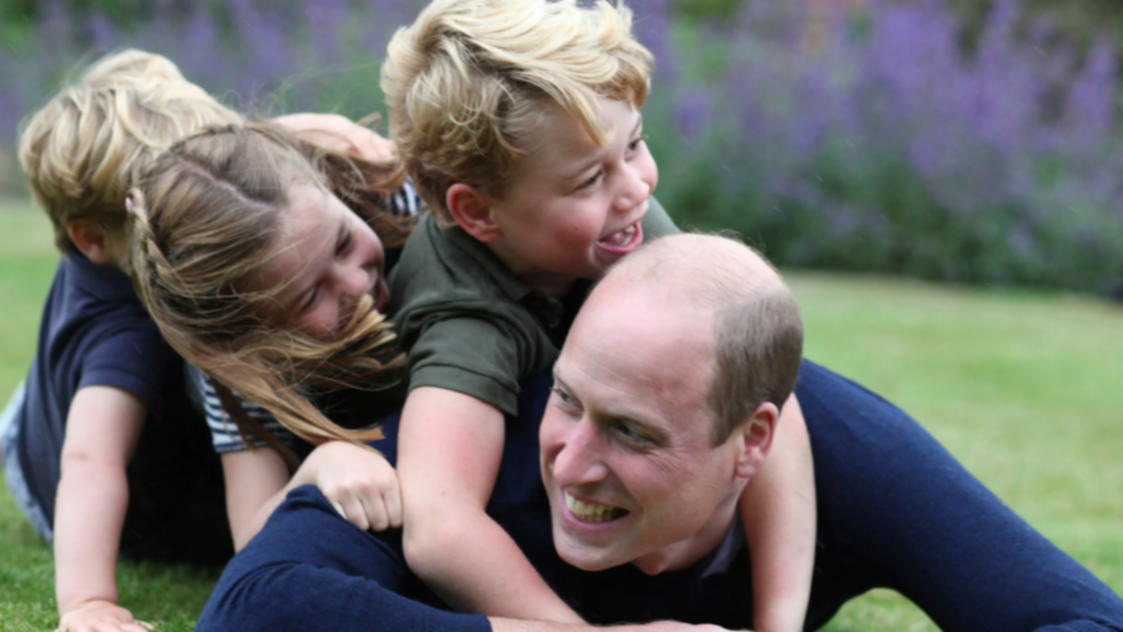 Prince William’s unusual nickname given to him by his children – reportedly inspired by a famous British TV chef – has been revealed.

Stream the world’s best reality, entertainment and true crime shows for free on 7Bravo on 7plus >>

The name was inspired by chef Ainsley Harriott, who shared how the nickname arose in an interview with BBC radio presenter Greg James.

“We did this thing about whether you take a bath or not, what do you do in the bath, and I was like, ‘Sometimes you have a little wee in the bath.’ You don’t mean to but there’s something about that relaxation,” Harriott told The Sun.

“I said, ‘Yeah, if it’s a little bit of sea bass or plaice or something like that.’ You wouldn’t want a thick bit of fish because it wouldn’t poach.

“Anyway, apparently Prince William and Kate were taking George and Charlotte to school and they found it hysterical,” Harriott recalled.

“(William) came in to do an interview at the studio, and he called over Greg James and said, ‘The kids love it. They loved that you were talking about eating fish in the water’.”

In the UK, Harriott is well known for addressing his guests the same way – starting with the words ‘Hello there’.

WATCH THE VIDEO BELOW: Ainsley Harriott’s ‘Why hello there Jill’ catchphrase.

Adapting the phrase when speaking to the heir to the throne, Harriott said, “Hello there Will! Poachy, poachy, poachy.”

He jokingly added that one day he might be beheaded for starting the nickname.

Poachy is the most recent of a long list of royal nicknames.

Another name bestowed on William by his wife is “Baldy”, while the prince has called Catherine “DoD” – short for “Duchess of Dolittle,” The Mirror reports.

The couple’s oldest child George was referred to as “PG” at his former school, Thomas’s Battersea, by his classmates, a parent told Vanity Fair.

Along with his siblings, George left school in September to start at Lambrook School in Windsor.

A crowd member who spoke to Catherine said she was telling the princess about her son.

“I said he is four and she said ‘Oh, he’s the same age as Lottie’ — she calls her Lottie!” the woman told The Daily Mail.

As for the family’s youngest, Louis was reportedly known as “Lou Lou” when he was born and it stuck, a royal source told Reader’s Digest.

Plan for the ‘spares’

The new Wales nickname comes amid reports that William and Catherine have found a way to deal with Charlotte and Louis’ stigmatized roles of being the “spare”.

The children’s uncle Prince Harry has candidly revealed the difficulty of being second born in the line of succession of the British royal family in his memoir, Spare.

Referring to himself as “spare parts” for his older brother and heir to the throne Prince William, Harry expressed his concern for future “spares” in the family.

“Although William and I have talked about it once or twice, and he has made it very clear to me that his kids are not my responsibility, I still feel a responsibility knowing that out of those three children, at least one will end up like me, the spare,” Harry told The Telegraph.

“And that hurts, that worries me.”

However, William and Catherine have reportedly devised a plan to avoid history repeating itself.

Royal correspondent Katie Nicholl has stated her confidence that the couple has it “all worked out”.

“George, Charlotte and Louis are enjoying a childhood Harry and William didn’t get to enjoy,” Nicholl said on the Dynasty podcast.

“And I think that is why William and Kate are channeling everything they can into raising their children with an understanding of who they are as royals but as ordinary children too.

“No one wants the next generation to suffer as Harry has suffered… it’s not a pretty picture.

“I think when you look to the Wales, and how they are raising their children, away from the spotlight, in pretty ordinary schools, in a regular cottage on the grounds of Windsor, having bucket and spade holidays and teaching them to sail on the broads in Norfolk….

“It does open up the question of the next spare, of Princess Charlotte,” she continued.

“I’m sure William and Kate have got that all worked out.

“Reading Spare, if they do, I think at points it will be deeply uncomfortable for them.”