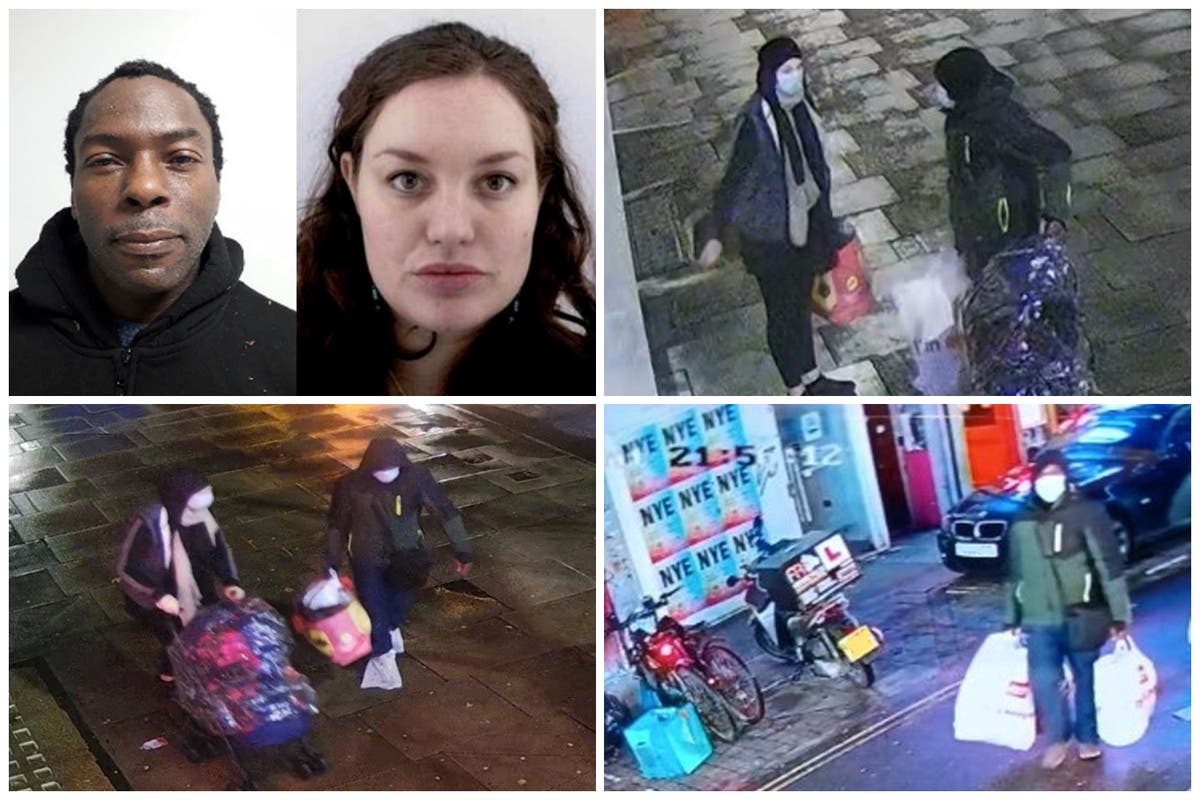 etectives issued an urgent appeal to find an aristocrat’s newborn who they believe has been sleeping in a tent in sub-zero temperatures.

Constance Marten, 35, has been living off-grid since fleeing more than two weeks ago with the day-old baby and partner Mark Gordon, 48, who served 20 years in a US prison for rape and battery.

Officers fear for the infant’s safety in -3C and with them having received no medical attention since the birth in early January.

Police have established that they went to Argos on Whitechapel Road, in east London, at 6.19pm on Saturday, January 7 to buy camping gear.

Gordon went inside the store alone and bought two big bags full of items, paying in cash, including a blue two-man tent, two sleeping bags and two pillows. He left the store around 20 minutes later.

He and Ms Marten then spent slightly more than three hours walking around the Whitechapel Road area. They tried to flag down three black cabs, but were refused.

The couple then left the area on foot and were last seen walking along Brick Lane, towards Bethnal Green Road, at about 10pm. Gordon is often seen walking alone ahead of Ms Marten and the baby.

The Metropolitan Police said this is the last official sighting of the family.

Detective Superintendent Lewis Basford, who is leading the investigation, said: “We are extremely concerned that a newborn baby – less than a week old at the time on January 7 – has been exposed to sub-freezing cold temperatures if Mark and Constance have been camping out somewhere as our evidence suggests.

“No child, especially a tiny, newborn baby, should be forced to endure such dangerous, potentially life-threatening, conditions.

“This is why it is absolutely vital that anyone with information about their whereabouts contacts us as a matter of urgency – whether it is with a recent or older sighting. Every piece of information is crucial to enable us to find the baby and ensure it is okay.

“My officers will continue working tirelessly behind the scenes to piece together the family’s movements and current whereabouts. It could be that they are trying to blend in with homeless communities, either here in London or further afield, or they could be camping in more rural or wooded areas.

“They could be absolutely anywhere in the country. Please keep your eyes peeled, especially while you are out and about in waste ground or beauty spots, or while you’re walking the dog, and report any information, no matter how insignificant you think it is, to us.”

Gordon’s conviction relates to a Florida attack on a woman in her early 20s when he was 14.

Police have issued a series of appeals after the couple’s car burst into flames on the M61 near Bolton on January 5 as they traveled to Liverpool, Harwich in Essex and Colchester.

Ms Marten’s father Napier Marten, a former page to the late Queen whose grandfather was the 3rd Baron Alington, made an emotional appeal for her safe return last week.

She grew up in Crichel House, a Dorset estate and her grandmother was a playmate of Princess Margaret.

Ms Marten was a promising drama student until she met Gordon in 2016. Since then the couple have led an isolated life cut off from family and friends.

From around September last year they started living in a series of AirBnBs around the country on short lets and amassed a significant amount of cash to enable them to live off-grid and avoid the attention of the authorities.

Since vanishing, whenever they have been seen on CCTV their faces are covered and the baby is hidden from view, although taxi drivers used by the couple heard noises from a baby.

Anyone who has information on the family’s whereabouts should call the incident room on 020 7175 0785.

Alternatively, information can be reported 100 per cent anonymously to the independent charity Crimestoppers on 0800 555 111.